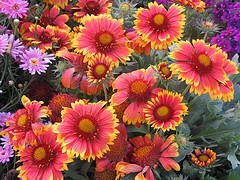 One type of hormone therapy -- estrogen plus progestin -- already is well-known to increase the risk of breast cancer. But a major study of women able to use estrogen alone didn't find that link.

Tuesday, researchers reported a new wrinkle: Those estrogen-only users doubled their chances of getting non-cancerous breast lumps. That's a concern not only because of the extra biopsies and worry those lumps cause, but because a particular type -- called benign proliferative breast disease -- is suspected of being a first step toward developing breast cancer 10 years or so later.

About one in five women undergo a breast biopsy within a decade of starting annual mammograms, and most are of those abnormalities turn out to be benign. Yet under a microscope, there are different types, from simple fluid-filled cysts to what's called proliferative breast disease because it's made of growing cells.

The latest work, published in the Journal of the National Cancer Institute, re-examines data from the landmark Women's Health Initiative that found a variety of health risks from long-term hormone therapy.

Only women who have undergone hysterectomies are able to use estrogen-only therapy, and the WHI originally included more than 10,000 of those women, who were given either estrogen or a dummy drug and tracked for about seven years.

Now, a team led by Dr. Tom Rohan of the Albert Einstein College of Medicine in New York has reviewed breast biopsies done on those women -- and identified 232 cases of benign proliferative breast disease. Women given the estrogen-only therapy had twice the risk of developing these abnormalities compared with women given a placebo.

WHI participants are still being tracked, allowing scientists to eventually tell if the benign breast problems were a signal of more trouble to come, Rohan concluded.