Muriel gets Rid of her Breast Cysts

John Lee, MD, a Norwegian family practice physician in Sevastopol, CA has successfully treated breast cysts for several decades. He writes: "Muriel came into my office at age 50 with multiple scars on both breasts from seven 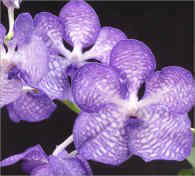 different excision biopsies, all of which found dense fibrocystic breast cysts. She readily admitted chronic cancer anxiety. In addition, she suffered from reactive hypoglycemia. She performed breast self-exams routinely and the finding of each new lump aroused fear and trepidation because of her breast cysts. Now, at menopause, she wanted hormone replacement therapy. Instead of traditional HRT (hormone replacement therapy), I recommended physiologic dosages of Natural Progesterone without estrogen. Her fibrocystic breast disease disappeared within six months, her sense of energy and libido returned, her hypoglycemic episodes became a thing of the past, and her tennis game improved. Further , serial density (BMD) tests over the subsequent ten years remained good, and her cancer anxiety faded away with the improvement in her breast cysts."

Artificial synthetic progestins cause Breast Cancer in beagle dogs (according to a recent copy of a PDR - Physicians Desk Reference).

I initially read John Lee, MD's book What Your Doctor May Not Tell You About Menopause with skepticism, yet with great hope because what he said finally made sense to me. In my clinical practice, in my experience and opinion, we now have a greater than 90 % success rate with breast cysts. In 1999, I started to tentatively treat my fibrocystic breast disease patients with Natural Progesterone. Most patients got rid of their breast cysts in 3-6 months. However, some patients actually got worse. These non-responders had actually taken Progesterone creams that contained estrogens, and also had intakes of artificial chemical estrogens in their daily lives. Once these

chemical artificial estrogens were eliminated from their life, our success rate went up again. But once again, we had several non-responders in this group. This second group of non-responders had conflicts or fights with other women, this led to increased anxiety and fear. The increased anxiety and fear led to increased cell membrane rigidity, and decreased excretion of chemical estrogens resulting in fibrocystic breast disease. I am proud to say that with the thousand or so patients that I have treated fibrocystic breast disease patients with this multi-disciplinary approach, my feeling is that our success rate for breast cysts has been over 90% (although I have no hard numbers). We counsel to take Natural Progesterone, avoid chemical estrogens (xenoestrogens), and repair relationships with the other females that you are in a fight with (or at least forgive them). [This is not a recommendation for your particular case, this is merely an observation.] 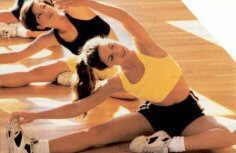 A Typical Case of Breast Cysts by John Lee, MD

"Many women present themselves to their doctors with breast swelling or tender, painful breasts occurring each month before their menstrual periods. Exam by palpation may find exquisitely tender lumps in the breast. Even though he knows with almost 100-percent certainty that the problem is due to fibrocystic breasts, the doctor is aware of the liability of overlooking any breast lump and therefore often orders a mammogram (especially painful in this condition). Mammogram readings are often couched in terms of caution and the advice to rule out potential underlying cancer. (Cancer lumps in breasts are rarely if ever painful.) A trial of Vitamin E and avoiding caffeine and other methyl xanthines (coffee, tea, colas, chocolate) may have little or no result. Attempts at needle aspiration of the breast cyst are often bungled, sometimes causing painful bruising, and lead to a referral to a surgeon predisposed to surgery, who

"I cannot recall a case of breast cysts in which the result was not positive."
John Lee, MD

brings up the prospect of cancer and advises surgical removal of the offending tumor. If "merely" a breast cyst is found (and removed), the patient is supposed to feel grateful. She usually receives no other medical treatment for her breast cysts other than a suggestion to try warm packs and put up with her painful monthly experiences.

If she makes the rounds of enough doctors, she will come across someone who wants her to take a drug (usually a testosterone analog) to suppress her excess estrogen. Besides being expensive, she finds that a few, mostly masculinizing side effects are part of the bargain: acne, seborrhea, hair growth on the face and body, male pattern baldness, lower pitch to voice, vaginal dryness, and sagging smaller breasts. Most women find the treatment is worse than the disease.

From my women patients, I learned that breast cysts were most often a sign of estrogen dominance (excess fake estrogen); relatively high estrogen and low progesterone. In my experience, using natural progesterone routinely solves the problem. I also recommend adding vitamin E in dosages of 600 IU at bedtime, supplemental magnesium (300 milligrams a day), and vitamin B6 (50 milligrams per day)*. I cannot recall a case of fibrocystic disease in which the result was not positive. Once the breast cysts have cleared up, you can reduce the progesterone dose to find the smallest dose that is still effective each month and continue the treatment as needed through menopause. This treatment for breast cysts is simple, safe, inexpensive, successful, and natural." 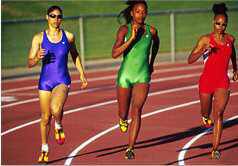 
*Whole grains also regulate hormonal levels due to their high levels of vitamin B and vitamin E, which have a beneficial effect on both the liver and the ovaries. In 1942, a researcher named Biskind found that B vitamin deficiency hindered the liver's ability to metabolize estrogen levels in both animal and human test subjects. The addition of B vitamin supplementation to the diet of women suffering from PMS, heavy menstrual bleeding, and fibrocystic breast disease helped to decrease the severity of their symptoms. Studies conducted at UCLA Medical School during the 1980s found that taking a specific B vitamin, pyridoxine B6, helped to relieve symptoms of menstrual cramps and PMS.

Research also conducted during the 1980s at Johns Hopkins University Medical Center similarly found, in several placebo controlled studies, that vitamin E is useful in reducing many PMS symptoms, as well as fibrocystic breast discomfort. Other studies have found that vitamin E supplementation reduced menopause related hot flashes, fatigue, and mood swings in 66 to 85 percent of the women tested, depending on the study. One additional study noted a decrease in the symptoms of vaginal atrophy in 50 percent of the postmenopausal women volunteers.

Synthetic Estrogen-only users doubled their chances of getting non-cancerous breast lumps. Some of these breast lumps were cystic. Source of patients - 10,000 patients from the government funded WHI study. See the article here.